Installation for the Lightfestival in Ghent

On January 29th 2011 800 nightlights formed the words “Hier licht Gent” (Here lights/lies Ghent) on the Sint-Baafs sqaure in Ghent. This performance was part of the Lightfestival. The nightlights were collected from the city’s inhabitants. 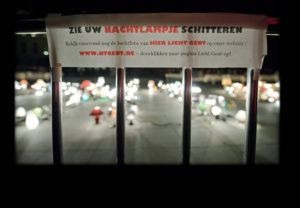 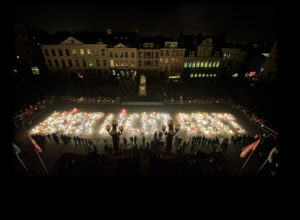 This performance was made as cooperation between Company New Heroes and NTGent. The concept is by Lucas De Man and Pascal Leboucq.