World record at the Ringbiennale

On Saturday september 17th 2016 alongside with Bakery John Van Leeuwen and the inhabitants of the Haarlemmermeer we attacked the current world record ‘Biggest Cookies Mosaic in the world’ of the Guinness World Records. The event took place at the Ringbiennale festival in Haarlemmermeer.

At 16 o’clock in the afternoon the last cookies where put in by the mayor and the aldermen, officially breaking the world record! The artwork consisted of 20500 cookies and was a 202 square meters big. The artwork was designed by Pascal Leboucq and the concept was made by Lucas De Man. Kim Eldering was in charge of the production in close coöperation with Bakery Van Leeuwen. 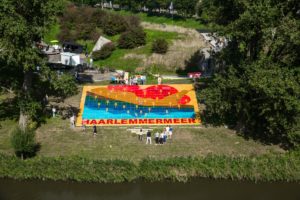 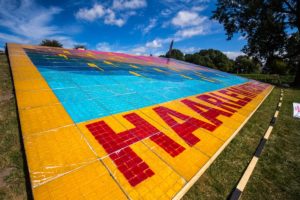 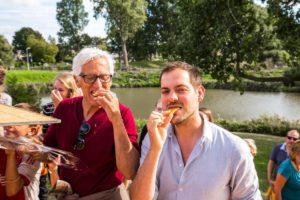